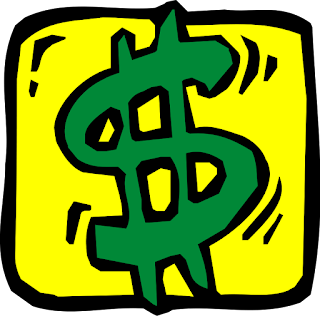 Week one is done. It was hard. It was soooooo hard. Both Michael and I spent some money. Michael bought some medicine, which isn't cheating. I had to get some woman products when I got a surprise visitor. Both are in the essentials category.

Now, for the Non-essential purchases. I am keeping it real here. Michael went to play poker Friday. He does this every month. I was so mad at him, because I kept telling him that it was spending money. His response. Only if I lose. I was so mad at him. Well, he didn't lose and he even won some money, BUT it was so breaking the rules. I knew he wouldn't be able to go the whole month I knew it. I told him on Saturday during an argument over poker that we might as well quit. He kept saying that I am the one who spends more money. As, I explained to him, this is for both of us to realize what we spend the most money on. I rarely ever do for myself. When I do spend money it is on my kids.

My payback, yes, I spent money. I signed Mason up for swim lessons for March and April and that required that I pay for said lessons now. Obviously, I couldn't wait until March to sign up for lessons in March. See money spent on my kids!!!!!!

Other items, I am refraining from purchasing right now. Mason needs new shoes. I put on a pair of his favorites the other day and his toe was all the way at the end. Now, I have a few a half size up, but they are too big. Barely, but still. I need shoes that lace up for him. He has one good pair of converse and some boots that still fit, so I can wait until March to get him new shoes. We will go shopping together and try a bunch on.

We will see how this week goes. I am guessing easier. Michael is gone part of this week on a work trip, which makes it easier on him to not spend money. I will be playing single Mom, which makes my life harder but busier. I will be heading to the grocery store today or tomorrow to pick up milk, eggs, bread and formula for Addison. Check out an update on Addison this week.
Posted by Married Sperrys at 2/08/2016