Gender Reveal for a Friend

Last Friday night, we hosted a gender reveal party for some close friends. I really should say I host, since Michael was in Salt Lake City. I was so excited for these friends. They already have two girls and with the third baby on the way I was hoping they would get a boy. The husband is great with his girls, but he would be great with a boy too. I should know I have seen his interaction with Mason. They didn’t know what they were having, and I think that is the best way to have a Gender Reveal. I think it is more fun seeing their reactions to the news. Surprised and Excited would be an understatement to their faces. They did balloons in the box and when those balloons came out BLUE the entire room screamed. It was so much fun. 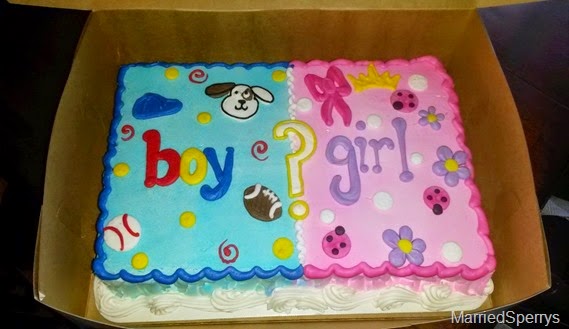 Love this shot. Excitement. Mason’s face makes me laugh. He was confused why everyone was yelling. 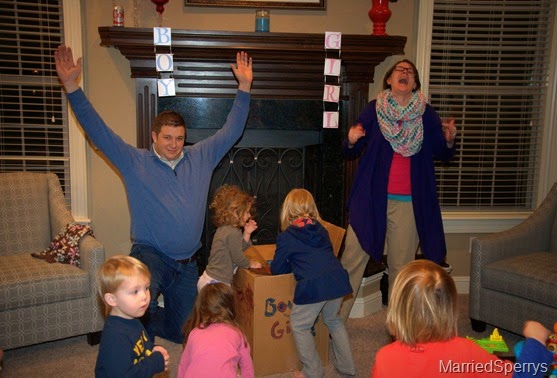 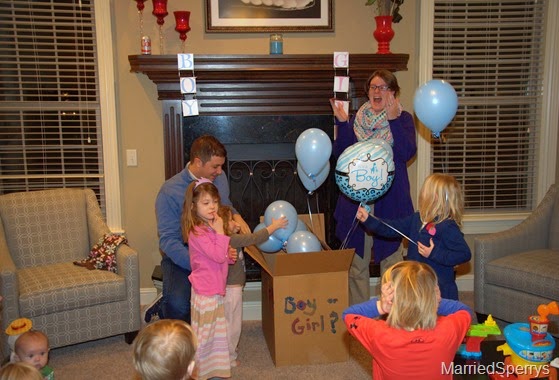 Now for the really exciting news…

When we first found out that Rachel and Tyler were expecting #3, we were all having dinner together one night. Rachel and I were talking about how if we were having opposite sexes then we could just do a clothes swap. I have been dying to know what we are growing in there, so I played lets make a deal…Michael’s FAVORITE game. I knew the Eikenberrys would find out what they were having as soon as possible, so I asked Michael if they have a boy then we could find out. He AGREED!!! I think at first he agreed thinking they already have 2 girls, chances are the 3rd will be another girl. He agreed and the Eikenberrys witnessed the agreement. So, next Friday we are going to have our friends and family over and do a similar party!!! We are not going to know until everyone knows. I am a little nervous. I am worried about crying over a boy or a girl. Not sure my face will be as priceless as Rachel’s is above, no matter what this little bundle actually is, but it will be fun and exciting to do things a different way with this pregnancy.

I think it will be more fun to find out with everyone, as apposed to texting everyone once the baby is born and telling them. We can actually see their faces. It will be nice for me, since I will be having a c-section to enjoy a little more of the finding out process. I will get to see the reactions and won’t be in a drug induce state when everyone knows. Stayed tuned for the big reveal.