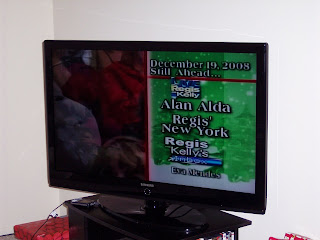 Michael and I decided to exchange gifts, whenever we received them in the mail.  This wonderful TV is his birthday and Christmas present.  In case anyone was wondering it is a 46" LCD HDTV, basically it is a really big TV.  It is supposed to be good for watching movies and sports.  I think he likes the present.
Today is a crazy day.  It snowed and sleeted all night and has continued to snow this morning.  I love the snow, but I am not liking it today.  Michael and I are supposed to drive to Arkansas tonight after work.  The news says the roads will be cleared by the afternoon so maybe we will try and leave.  If we make it to MO the weather was just rain last night, so it won't be a bad drive.  I have provided a picture of what the outside of our apartment looks like this morning.  I am working from home while Michael went into the office.  Hopefully we will be seeing all our family and friends by tomorrow. 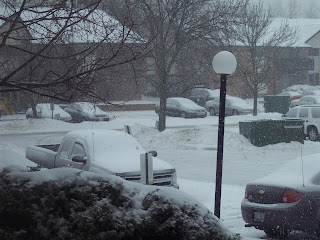 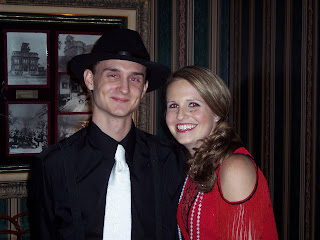 Last night Michael and I attended my office Christmas Party.  It was a 1920s themed party so everyone was supposed to dress the part.  So, my night started early in order to fully look the part with the hair and makeup.  Our office closed at 3:00pm to give people plenty of time to get ready.  The party was at Jacob Henry Mansion a very old mansion in Joliet.
Pre-Party Picutres 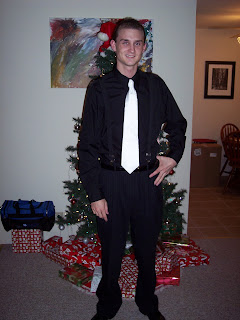 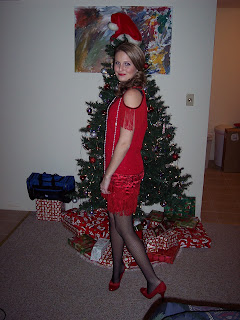 We left the house at 6:30 and arrived at the Mansion by 7:00pm.
This place was huge and built in 1870s.  www.jacobhenrymansion.com
As soon as everyone was present the police showed up to inform everyone that a murder had occurred in the library, and no one was allowed to leave until the murder was solved.  The officer informed everyone that the murder was our CEO.  After several cheers and claims for his job, we were all then asked to view the body and all the clues.
There was several clues in the room and Michael could remember all of them.  I was too busy laughing.  Our CEO did a good job acting dead.  No grins 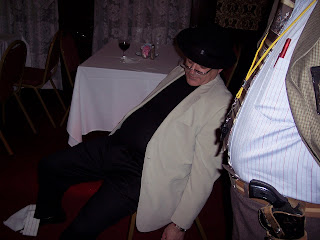 or laughing on his part.  Here is the picuture of the scene.  Michael says the clues were a videotape, spice, jock strap, plane ticket, garden claw, volleyball net, and needle and thread.  After we all viewed the evidence it was time for dinner, but of course our CEOs twin brother Bubba joined us at that point.  While everyone was eating it was time to reveal all the suspects.  Michael and I were both questioned but quickly released due to lack of evidence.  But not before Michael had to reveal about some things that he had done in college that I had gotten from Zack.  Thanks Zack!
All suspects were brought to the front and had to explain.  Then we all voted who we thought killed the CEO and we were all wrong.  The murderer was revealed as the sweet innocent lady in the office.  It was a lot of fun.  Here are some other pictures from the party.
The Murderer 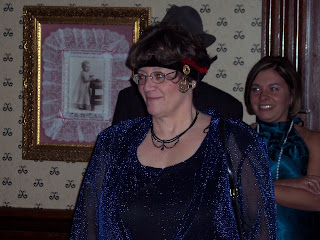 Some of the other ladies... 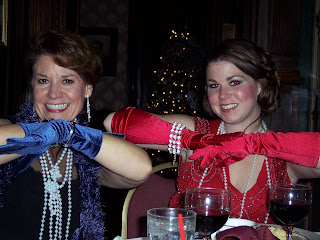 His wife was the man. 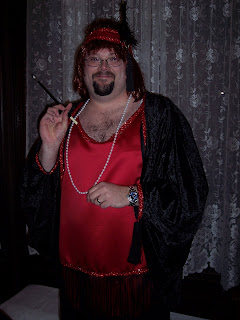